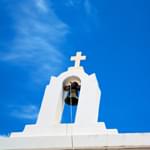 Governor Kim Reynolds signed another public health proclamation yesterday designed to “provide clarity and simplify” the order she signed Monday which led to confusion for many. The Monday order allowed high school, collegiate and professional sports activities to continue with limited fans in the stands. However many were left wondering what that meant for other club sports and gyms outside of schools. The order signed on Wednesday clarifies that gyms, dance studios and other athletic activities can continue as long as athletes, coaches and instructors maintain six feet of social distancing at all times. This does NOT include sports like basketball and wrestling where close contact is “unavoidable.” Those sports are prohibited.

Linn County officials responded to a single vehicle personal injury accident shortly after 1:30 p.m. yesterday at Linn Benton Road and Morgan Valley Road. Jeffery Karr of Cedar Rapids was driving a truck north on Linn Benton Road when he lost control of the vehicle and went into the west ditch, rolling the vehicle onto its top.  Karr and his passenger, Christine Karr of Cedar Rapids, were trapped inside the vehicle when first responders arrived on scene. Both were freed and transported by ambulance to a hospital for treatment of what are believed to be non-life threatening injuries. The accident remains under investigation.

This year’s official National Thanksgiving Turkey will hail from Iowa. The two birds heading to Washington D.C. were raised in Iowa by Iowa turkey producers Ron and Susie Kardel from Walcott. Both will be pardoned but one will be named National Thanksgiving Turkey. Then the birds will available for public viewing starting December 5th at Iowa State University, a first for the university. Ron Kardel, graduated from Iowa State in 1974 and currently serves as the chairman of the National Turkey Federation. Iowa ranks seventh nationally in turkey production.

Several Linn County buildings will be closing effective today due to what a county spokesperson yesterday called an “alarming surge in positive COVID-19 cases and record-breaking hospitalizations across the county and locally.” The closures will remain in effect until public health conditions get better. The buildings were closed earlier this spring when the coronavirus pandemic began. Some county staff members will continue to work on-site and others will work remotely during this time frame. Any Linn County residents needing to get county business done are urged to do so online, by phone, email, regular mail, or by utilizing drop boxes located outside county buildings. And obviously, before going to a county building…check first to see if it is open to the public.

Iowa Democratic Party Chair Mark Smith has announced he will not seek another term in the position. Smith was elected when the prior chair, Troy Price, resigned following the Iowa Caucuses earlier this year. Smith last year opted to not run for re-election as a state representative from Marshalltown in 2020, ending ten years of service in that role.

New rules surrounding the use of seclusion rooms in Iowa schools will soon take effect. Changes to the current rules were unanimously approved by the Iowa Board of Education yesterday. Changes include more detail in the documentation of the incident, cross-references and maintaining documentation showing the use of the seclusion room was approved by public safety officials. These changes come after a petition was filed in 2018 to make adjustments to the use of seclusion rooms. A previous proposal to adjust the rules was not adopted by the state board. These changes come after the Iowa Department of Education held six meetings in different areas around the state to collect input on the rules. A public hearing was also held in September. These new rules take effect on January 20, 2021. Education officials say this was the third time the rules have been reviewed for possible change.

The Battle of Waterloo wrestling tournament committee has canceled the 32-team dual tournament that was scheduled to run Dec. 18-19 at Young Arena. Waterloo Schools Director of Athletics Dan Huff sent an email to all 32 schools Wednesday morning announcing the decision. Last year, which was the 10th year of the event and featured its first ever girls’ division, saw all three traditional state champions plus two state dual champions compete in the tournament.

The owner of a Waterloo restaurant was arrested after police say he took more than $150 from his girlfriend. 44-year-old Rodney O’Neal Lewis was arrested Tuesday on two counts of credit card fraud, both aggravated misdemeanors. He was released on a promise to appear in court. According to Waterloo Police, Lewis is accused of taking his girlfriend’s credit card and taking out “at least $150.” An exact amount was not available. Lewis declined to comment on the charges on advice of his lawyer.

The UNI men’s basketball team announced Wednesday that the program will be participating in the Crossover Classic at the Sanford Pentagon, in Sioux Falls, South Dakota. UNI will open the three-day tournament at 1 p.m. next Wednesday against West Virginia, a game you can hear on our companion station, AM 1330 and FM 107.3 KPTY. The Panthers will face either Saint Mary’s or Memphis the following day. South Dakota State, Utah State, plus former Missouri Valley Conference rivals Wichita State and Creighton round out the tournament field. West Virginia handed UNI its only nonconference loss last season. UNI had been planning to participate in a multi-team event in Lincoln, Nebraska Thanksgiving week, but instead decided to fill a vacancy in Sioux Falls after Texas A&M opted out of the tournament there.