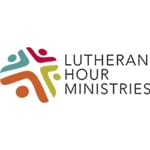 New unemployment filings and continuing claims in Iowa are both up yet again. Iowa Workforce Development is reporting 6,312 initial jobless claims for last week, a jump of 1,095 from the previous week’s adjusted claims. There were 35,242 continuing unemployment filings for the week, an increase of 29 claims from the prior week’s adjusted claims of 35,213.

The Iowa Department of Public Health reported today 38 additional Iowans died due to COVID-19 in the previous 24 hours. As of 10:30 a.m., the state’s data shows a total of 2,102 Iowans have died due to COVID-19 since the pandemic began. Additionally, 4,195 people tested positive for the virus over the last 24 hours. That brings the total number of Iowans who have tested positive 198,674. Hospitalizations went down slightly from yesterday.

The Iowa Department of Corrections says an inmate has died, “likely due to complications related to COVID-19 and other preexisting medical conditions.” Robert William Sirovy died Tuesday evening at the University of Iowa Hospitals and Clinics. Sirvoy was transported to the hospital from the Anamosa State Penitentiary due to his declining health. Sirvoy was 64 years old and had been incarcerated for multiple convictions being a Sexual Predator with Prior Convictions and Enhancements from Mahaska County. His sentence discharge date would have been at the end of the year 2132.

A plant manager at the Waterloo Tyson facility organized a “cash buy-in, winner-take-all betting pool” for supervisors and managers to guess how many employees would test positive for COVID-19…that’s one of the allegations in a new lawsuit filed last week by a family member of a Waterloo man who died on April 26 from complications of COVID-19. The suit says the betting pool happened around April 10, shortly after county officials visited the facility and lobbied for it to close. Tyson publicly did not make the call to close the facility until April 22. The plaintiffs allege the company failed to implement safety measures and allowed some sick and exposed employees to keep working while falsely assuring the public that the plant was safe. In one instance, the suit claims a manager at the plant “explicitly directed” supervisors to ignore COVID-19 symptoms. The outbreak at the Waterloo plant infected at least more 1,000 of a its 2,800 workers, making it one of the largest meatpacking plant outbreaks in the nation.