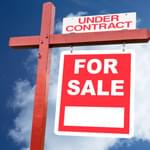 Cedar Rapids school officials say the start of the upcoming school year will be delayed, since every one of the district’s buildings was damaged to some degree in the storm. Specific details are still being worked out.

Dustin Hoffmann of the Iowa Agribusiness Radio Network told KXEL News what he saw while inspecting Central Iowa fields…some corn is standing back up, but other areas are showing yellowing. More with Dustin Hoffmann reporting from the fields during the 9 o’clock hour of KXEL Live & Local today.

U.S. Senator and candidate for re-election Joni Ernst spent yesterday touring damage and meeting one on one with Iowans, including another of her 99 county stops in Waterloo. She told me it’s important for her to meet with constituents despite COVID-19 or storm events. You can hear the full interview with Sen. Ernst during the 10 o’clock hour of KXEL Live & Local today.

The Marion Fire Department responded to two house fires Tuesday night caused by open flames being used as sources of light during the power outages. The fire department said one house was a 50 percent loss while the other was a total loss. The department reminds residents to not have a burning flame within three feet of any item that can burn, and to not leave an open flame unattended.

Black Hawk County emergency management director Lorie Glover told KXEL News yesterday that many people without power in the Cedar Rapids area are travelling north to get food and gasoline. Glover spoke to KXEL’s Tim Harwood yesterday; you can hear the full interview at KXEL-dot-com.

Iowa native and two-time pro golf major champion Zach Johnson was selected yesterday to receive the PGA’s Payne Stewart Award, given annually to the player who best exemplified Stewart’s value of character, charity and sportsmanship. It’s considered the most prestigious honor on the PGA tour. Johnson has won a dozen times on the pro tour, including the Masters and British Open, and his Zach Johnson Foundation is the driving force behind the Kids On Course program in the Cedar Rapids schools.

Last week, Democrat U.S. Senate candidate Theresa Greenfield told me live on KXEL that incumbent Republican Sen. Joni Ernst should stay in Washington until a new financial support measure is passed in Congress. When asked to respond yesterday, Sen. Ernst told me that Greenfield was out of touch with what a senator should do. You can hear the full interview with candidate-for-re-election Joni Ernst today during the 10 o’clock hour of KXEL Live & Local.

While folks along and north of U.S. Highway 20 escaped much of the damage from Monday’s derecho storm, Black Hawk County emergency management director Lorie Glover told KXEL’s Tim Harwood yesterday that there are lessons to be learned for everyone about emergency preparedness, including having cash on hand for when computers are out and cannot accept credit/debit cards. You can hear the full interview by going to the podcast section of KXEL-dot-com.

The Iowa Democratic Party’s signature annual fundraiser will see a major change next month in the wake of coronavirus. For the first time since it began in 1972, the party’s Steak Fry event will be held as a drive-in. The Steak Fry will be held at the Airplane Field at Des Moines Water Works Park. Attendees will be able to watch the program on a large screen and listen to speakers through the radio. Steak, chicken, and vegan dinners will be delivered directly to attendees’ cars. Social distancing rules will be enforced and face masks will be required when attendees are outside of their vehicles. The event drew more than 12,000 people last year.