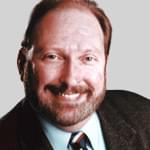 Collins Aerospace announced it will have to lay off employees due to COVID-19, saying previous cost-cutting steps will not be enough to offset continued reduced business. Employees impacted will receive a separation payment, transition payment, and continuation of benefits. Services will also be available to support employees through the transition.

Parents and guardians who choose to home school their children for the 2020-2021 school year can contact Waterloo Schools for an application. This is for parents and guardians who want to homeschool with the Competent Private Instruction (CPI) approach. Parents can also choose to dual-enroll their child, which would allow the children to participate in one or more courses or extracurricular activities. Applications are due at the Education Service Center by September 1 for full home schooling; the forms will be due before the school year starts on August 24th if the parent chooses the dual enrollment option.

Iowan Matthew Whitaker came to national attention as acting attorney general in the Trump Administration; yesterday during KXEL Live & Local, I asked him what surprised him the most when he took the reins at the Justice Department. You can hear the full interview by going to the podcast section of kxel-dot-com.

Gov. Kim Reynolds was joined by other state officials yesterday at the State Capitol to outline more details about Iowa’s “Return to Learn” plans for schools. The governor’s earlier direction was that schools have at least 50% in-classroom instruction in four main subjects. Thursday’s news conference reviewed some of the guidelines the Iowa Department of Education would use to determine if or when that mandate could be relaxed and allow schools to provide more online instruction. The recommendations are based on community transmission data for COVID-19. The governor noted that, “back to school doesn’t mean back to normal”. It was announced that the governor will resume regular, twice weekly news briefings on the coronavirus, each Tuesday and Thursday.

One person has been detained in connection with the shooting that killed a Waterloo teen last week. 33-year-old Andre Collier was taken into custody in Texas on a charge of flight to avoid prosecution. He is awaiting extradition to Black Hawk County. You may recall that officers were called in response to gunfire in the 2800 block of East Fourth Street on July 20th…meanwhile, 15-year-old Cortez Harrison arrived at a hospital by private vehicle a short time later and was pronounced dead. Investigation determined that Collier was involved and had traveled to Texas. Waterloo investigators traveled there and worked with Texas authorities to further the investigation.

Firefighters put out a car fire that spread to a garage yesterday morning. Waterloo Fire Rescue was called around 9 a.m. on a report of a car on fire in the alley behind the 500 block of Fowler Street. The fire had spread to an adjacent garage. No reported injuries, but the vehicle was destroyed. The cause of the fire remains under investigation.

The University of Iowa was chosen as one of the 120 sites worldwide to begin testing on the Pfizer vaccine for COVID-19. The trial began yesterday and is anticipated to test about 250 people. Three different age groups will be used in the study including 18 to 55, 65-85, and 18-85 years of age. The study is aimed to evaluate various factors of possible vaccines against the virus. The study will be broken into three total stages in hopes of making progress on a global vaccine.

The University of Iowa has replaced the dean of its largest college, the College of Liberal Arts and Sciences…this, only two months after he led a roundly-criticized Zoom discussion more than 400 faculty and staff about budgets cuts and fall-return plans. In a letter to faculty and staff yesterday from interim UI Provost Kevin Kregel—who only assumed that role two weeks ago when former Provost Montse Fuentes took on a “special assignment”—the university announced Sara Sanders has been appointed interim dean of the College of Liberal Arts and Sciences. The now-former dean, Steve Goddard, who was hired just one year ago, apologized for the Zoom discussion and will now be a computer science faculty member.

Iowa native Matthew Whitaker was welcomed following his appointment as acting attorney general of the U.S. by a round of criticism about the appointment and his qualifications. On KXEL Live & Local yesterday, I asked him about how he handled that outside commentary. The full interview can be heard as a podcast at kxel-dot-com.