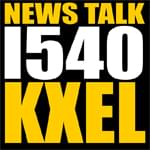 The Iowa Department of Public Health said it has been notified of 34 new coronavirus cases in the state…bringing the total number of cases to Iowa to 179. This includes one new case in Black Hawk County, six more in Johnson County, and five more in Linn County. But there have been nearly 3,000 negative lab tests reported.

As the coronavirus becomes more prevalent in Iowa, the leaders of two large hospitals in the county with the most infections say they’re not pushing for a shelter-in-place order as adopted by neighboring states. Brooks Jackson, dean of the University of Iowa’s medical college, says it would be “very disruptive” economically. Sean Williams, the CEO of Mercy Hospital in Iowa City, says it would create unintended consequences hampering the hospitals’ ability to provide care. Both are in Johnson County, where most of Iowa’s cases are located.

Iowa residents filed more than 41,000 claims for unemployment benefits last week as the coronavirus outbreak forced many workers to lose their jobs and stay home. The Department of Labor reported today that nationwide, claims for jobless benefits totalled a record 3.3 million last week. The numbers show that in Iowa, initial claims were more than 41,000…that was up from 2,229 reported in the state the week before. Iowa Workforce Development Director Beth Townsend said earlier this week that the state was receiving a staggering number of claims.

Police say one man died and another was wounded in a Marshalltown shooting last night. Officers and medics sent to a residence shortly before 9:30 found two men suffering from gunshot wounds. A 22-year-old died at the scene, a 27-year-old was taken to a hospital. Their names haven’t been released. No arrests have been reported.

One house was hit by bullets during an overnight shooting in Waterloo last night. Neighbors called police after hearing gunshots just before 11:30 p.m. Officers found the home in the 100 block of Wellington Street had damage to a glass door, a living room window and a bedroom window. Officers also found five .40-caliber spent shell casings at West First and Wellington. No injuries were reported.

Waterloo Police also investigating after someone opened fire on a Waterloo home around 10 o’clock this morning. No one was injured. Bullets shattered a storm door and pierced the siding at the home in the 1400 block of Mulberry Street. Officers found spent shell casings in the street outside. That was the third gunfire incident in Waterloo in the past day or so.

Lottery jackpots are going to shrink as the coronavirus pandemic keeps ticket sales down. The group that oversees the Powerball game announced last night it would cut minimum jackpots in half, from $40 million to $20 million, after there is a winner of the current big prize, now at $160 million. The jackpot also could grow more slowly, with minimum increases of $2 million instead of the normal $10 million after each twice-weekly drawing. The other national lottery game in the United States, Mega Millions, is considering a similar move.

The Iowa State Patrol said overall, traffic is down by 50 percent across the state, but the number of trucks is still about the same, as food and supply deliveries continue during the COVID-19 pandemic. One state patrol sergeant says decreased traffic means Iowans are listening to the warning to stay home and stay healthy. The patrol says it has seen an increase in drunk driving and speeding, and reminds drivers that troopers are still on patrol.