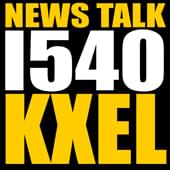 The man who coined Iowa City High’s phrase “The School that Leads” has passed away .

Vernon served as a teacher, football coach, vice principal and principal of East High School in Waterloo from 1962 until 1973. During his time at East High, he began the longest football winning streak in Iowa with 57 consecutive wins. From 1966 until 1968, his teams were state champions and in 1967 he was honored by the Des Moines Register as the High School Football Coach of the Year in Iowa.

Vernon served as the principal of City High School in Iowa City from 1979 until he retired in 1996. There, he coined the phrase “The School that Leads” and won the Principal of the Year Award in 1989.

Vernon is survived by his wife Alma, his two children, several siblings and grandchildren.