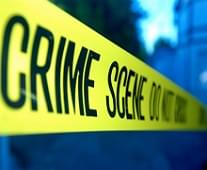 FORT DODGE, Iowa (AP) – The Corrections Department says an officer was injured after being attacked by an inmate.

The department says in a news release this(Mon) morning that an inmate assaulted the officer about 10:15 last(Sun) night at the Fort Dodge Correctional Facility.

The officer had gone to a cell where inmates had started a fire. After the officer opened the cell door, the inmate began beating and kicking the officer.  Another officer used a chemical spray to subdue the inmate and staffers used a fire extinguisher to put out the fire.  The officer was treated at the prison. The inmate didn’t appear to be injured.

The department says the incident is under investigation.

The facility is a medium-security prison designed to hold 1,400 inmates.