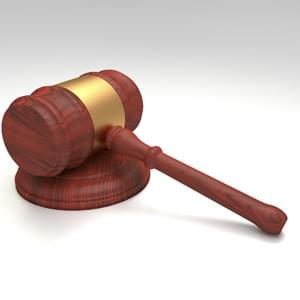 A Waterloo man can’t take back his plea in a 2017 bank robbery case.

He then asked for a new attorney and attempted to rescind the plea, arguing his old attorney hadn’t investigated the case and that he had less than a day to consider the plea offer.

Sisk — who suffers from multiple sclerosis and had hip replacement surgeries before and after the robbery — said his doctor should have been shown video of the robbery to determine if Sisk would have been physically able to pull off the crime.

In a ruling issued in October, Judge C.J. Williams denied Sisk’s motion. He noted the doctor had been shown still photos of the robbery and wasn’t able to rule out Sisk as a suspect.

The judge also noted Sisk had an almost identical draft of the plea agreement since early May.

Authorities say Sisk was armed with a starter pistol during the holdup, and he was arrested in 2019 after he was allegedly identified by a scar and a gold tooth observed on the bank’s surveillance system.