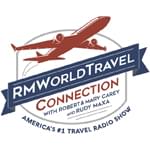 UNI’s offense found trouble in the red zone Saturday, and the Panther defense gave up 300 yards through the air as the Western Illinois Leathernecks earned a 37-17 win in Macomb.

he first half was back and forth. UNI missed an early field goal, but still went up 10-7 on a touchdown from Eli Dunne to Marcus Weymiller with 12:35 left in the second quarter. The Leathernecks responded with a 69-yard touchdown pass minutes later and never trailed again.