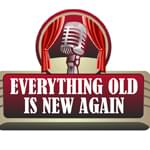 The UNI football team turned three turnovers into touchdowns to earn a 42-28 road win over South Dakota Saturday at the DakotaDome in Vermillion.

The Panthers led 14-13 in the final minute before halftime when USD kickoff returner Wesley Eliodor fumbled the ball and it was picked up by Alphonso Soko and returned to the Coyote four-yard line.

The Panthers scored on an Eli Dunne quarterback sneak just three plays later to give UNI a 21-13 lead at the break.

South Dakota tied the game at 21-21 late in the third quarter before the Panthers responded with a touchdown pass from Dunne to Briley Moore.

Early in the fourth quarter, Xavior Williams picked off USD’s Austin Simmons at the Coyote 25-yard line. On the next play, Dunne found Nick Fossey in the far side of the end zone to put UNI up 35-21.

Minutes later, Elerson G Smith forced a sack fumble, and Brawntae Wells tapped the ball into the end zone, where he recovered it for to put the Panthers up 42-21.

Dunne went 23-32 for 253 yards and four touchdowns. He had completions to eight different receivers, and all caught multiple passes.

USD only gained 38 rush yards in the game and allowed five sacks, including a pair by Ricky Neal Jr.

Next, the Panthers host South Dakota State for homecoming Saturday at 4 p.m.